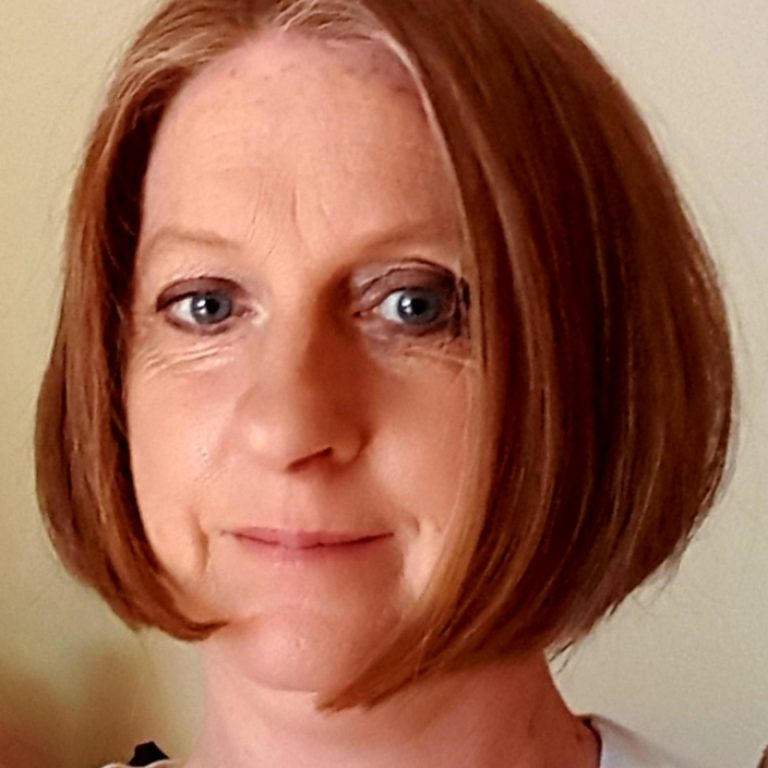 Bernie Owens is the Programme Coordinator for St. Nicholas Montessori Cork Campus and is responsible for the day to day running of the Cork run programmes.

Bernie has 27 years experience of the ever changing field of early years education as a Montessori Early Years Educator, school principal and owner of a Montessori Preschool and has used this experience to enhance her lecturing for St. Nicholas Montessori College in Cork for the past 22 years.

She Lecturers on the Higher Diploma and BAHons in Cork on Montessori Methodology (she is passionate about Cosmic education), Montessori Placement and Play modules.

Bernie has a passion for life- long learning and originally began her Montessori Training at the tender age of 17 directly from Second level and gained the  Montessori Teaching Diploma Birth to 12 years , at a later stage she added  Special Education, Psychology and Gaeilge modules  in order to gain the National Diploma in Humanities in Montessori Education.

Bernie Opened her own Montessori Preschool in 1993 a year post qualification at the age of 21 and has run this successfully for the past 25 years running both Morning & Afternoon session in the past number or years.

In the mid 1990’s she began working part time in St. Francis Training Centre in Cork City a School for  boys between 12 and 18 years, who were either early school leavers, involved in petty crime or some form of  substance abuse. During this time she used her Montessori training to encourage literacy and numeracy awareness with these students but often had to think outside the box in order to interest them and accommodate differentiation in teaching, she used  music, drama, role play and Art.  She completed a Diploma in Youth & Community work in UCC in the evenings in order to better understand and accommodate her work to accommodate these teens who were considered to be disadvantaged youths.

As a result of teaching both preschoolers and teens, Bernie enrolled with Guildhall School of Music and Drama and Completed the Primary Teaching Certificate in Speech, Communication and Arts. She also attended puppetry and puppet making sessions with Dowtcha Puppets to further enhance her teaching strategies.

Bernie began to lecture on the first year of the  BA in Montessori Education in St. Nicholas Cork in 1997 and has remained passionate about sharing the  Montessori Pedagogy with students ever since. Having experience of the ever changing field of early years education and care and the evolution of teacher training programmes every number of years , through to the introduction of the Free preschool ECCE and Affordable childcare schemes to interaction and engagement with TUSLA , Pobal and DES and implementation of policies  and ongoing CPD helps her to stay current on  the changing landscape within the field  and thus enhancing  and widening her knowledge for sharing with her 3rd level students at St. Nicholas. She also mentors students on placement from both St. Nics and other colleges where student under-take placement in her school.

During her first pregnancy in 2002/03 Bernie became interested in the use of alternative medicine during the prenatal developmental period of her baby not wanting to jeopardize this first and important developmental stage . She became aware of Homeopathic medicine and attended a qualified and registered practitioner, as a result of this she undertook a 6 month introductory programme with a view to later studying to become a Homoeopath, during her second pregnancy 3 years later she began a 4 year Professional qualification with the Irish School of Homeopathy and gained her Licence to practice in 2010.  She also completed a 2 year Diploma in Pathology and Disease through an online programme with Alternative Training in the UK.

Bernie went on to do a Post Graduate in Advanced Homeopathy and undertook the Post graduate Registration programme of the Irish Society of Homeopaths at the same time.  She has been both guest lecturer, mentor and case supervisor for first year students of the Irish School of Homeopathy.

Having taken a few years break from studying  Bernie became interested in the use of Play therapy to help Children navigate their way through trauma, be it through familial breakup or grief as a result of the loss of parent or sibling, having  additional needs, speech and language delay, behavioural/emotional difficulties such as anxiety  or experience of any type of abuse. After some research she decided to enrol on the Master programme with the Academy of Play and Child Psychology and NUIG, she is currently pursuing the 2nd stage (Post Grad Dip in Play Therapy) of a 3 stage MA programme.  During her training she has revisited Developmental psychology and Attachment theories along with many theorists she had studied at undergraduate level.

Through  hands on experiential  and clinical practice while under supervision of a qualified Play Therapist she has learned to use the tools of the Play therapy toolbox such as Sandtray, Art ,  Clay, use of Therapeutic Stories,  Creative Visualisation, Puppetry, Role Play & Laban Movement, Child Protection is also a key component of the programme.

These interventional activities can easily be introduced into the Montessori classroom and with the college students to give them an insight into other levels of play on the play continuum.

Bernie has become very interested in the vast area of Brain Plasticity and how trauma can be reversed or healed through the awakening of new Synapses in the brain which can come about through the use of self directed therapeutic play under the observant care of a qualified and competent Play therapist. This also ties in with knowledge gained through her Homeopathic training of how the body can innately heal itself given optimum conditions and opportunities and her knowledge of holistic development of the child through her Montessori training and lecturing.

Bernie was recently introduced to the use of Montessori pedagogy and practice to aid citizens with dementia and a training course will commence in St. Nicholas later this year.

As Montessorians are often noted to say nothing works in isolation so the ongoing experiences of this life- long learner might to some seem diverse ,  however she believes all are interrelated in learning about the fascinating developmental stages  of the human from the womb to the grave.